MR THUD are a 4 piece, riff oriented, high energy, heavy rock band. Our primary focus is our Original Material and we prioritise writing and recording at our studio over live work (but that may well change, as we of course see the value of showcase gigs... providing the venue can house our wall of Marshalls!).

Our line-up consists of guitar, drums, bass & vocals, plus the aforementioned wall of Marshall speakers that we run in stereo for our prefered sound.

Gerard Loughran AKA 'G' started with a Guitar in the cradle and never looked back. While growing up in Ireland he played in many rock bands including So What!, who reached No. 2 in the Irish music charts and signed a deal with Now TV to use their records in extreme sports broadcasting.
Influences: Tom Scholtz, Gary Moore, Eddie Van Halen, Vito Bratta and Jake E Lee.
Weapons of choice: Jackson Rhoads and Kelly guitars, a Rees Custom and his trusty Ibanez Rocket Roll MKII flying V which his Dad bought him in 1982. (Its been on every recording G has done).
ENGL Powerball Amps and Marshall Cabs. 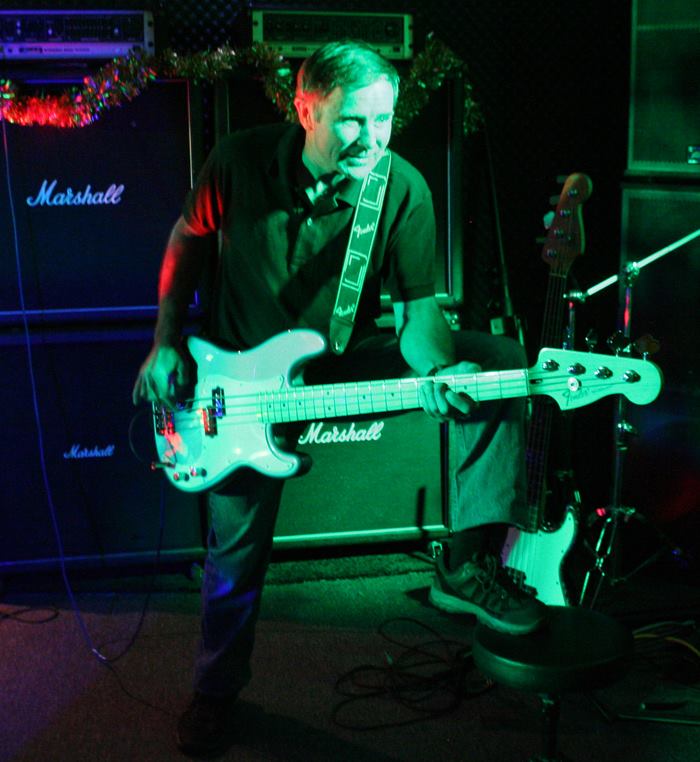 On Bass we have PBass legend, Glen Eva. Glen has been playing Bass exclusively since 1983 and most of those years have been devoted to original bands, with influences from Iron Maiden, Judas Priest and Rush. Glen has played in several Hard Rock and Heavy Metal bands through the 80s and 90s, including Chillbuds with his brother (Greg - Drummer) up until early 2000. Glen has rebooted his Bass career with MR THUD and has already achieved legend status within the band, next the world!
Glens Influences: Steve Harris, Steve Harris, Steve Harris..and some guy from Rush. (ONLY ..Geddie f*ckin Lee)
Glens Artillery: Fender Precision Bass x 2, Marshall and Peavey amps. No plastic, all fingers! 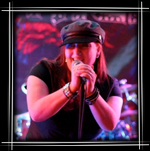 Caroline Bradley brought her Vocal talents from Ireland to Australia in 2002. Caroline describes herself foremost as a quiet and considerate artist/performer, but — quoting from Caroline — "More recently, I've had the urge to yell at people, and MR THUD has given me that outlet!"
Carolines Influences: Ronnie James Dio, Freddy Mercury, Rob Halford, Bruce Dickinson and Doro Pesch.
Carolines Arsenal: A retro AKG Wireless microphone, Shure SM58, Beta58, 55SH microphones and strict instructions to our sound tech to add as little effects as possible!

On Drums, the Engine Room of MR THUD, resides Greg Miles. Gregs fluid double kick and technical rock style ensures that no compromise is necessary when crafting originals. Greg is featured on the Fallout and Tactical Manoeuvres albums and is also the heartbeat of MR THUDs live performances. A Redbull filled heartbeat, we should add. Greg is both a drummer and drum tutor, he started drumming in the 80's and his natural style is that of technical Hard Rock and Metal.
Gregs Influences: Nicko McBrain, Alex Van Halen and Vinnie Appice.
Gregs Armoury: 10 piece Pearl kit surrounded by Sabian cymbals.